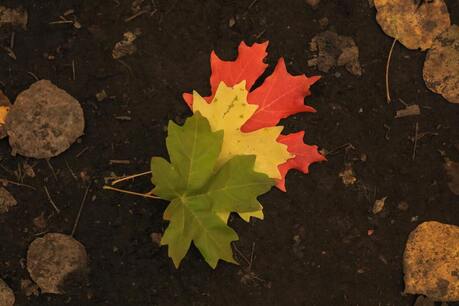 Cross-Functional Movement
Cross-Functional Movement
Cross-functional movement is an overlooked and under-appreciated team strategy. Have a look at the above picture. Each leaf represents the different abilities of an individual. It is akin to focusing on one leaf and ignoring the rest. Creating a culture of cross-functional movement within startups at any stage is beneficial. It allows founders to leverage hidden human potential. Team spirit, comfort and longevity rise. Hiring and retention costs decrease. More time becomes available for higher impact startup activities.

​As a contrarian strategy, there are well-known companies that don't encourage such movement. They have an up-or-out policy. This strategy works well when your company has serious leverage in attracting talent. Even the most successful startups can't sustain this leverage beyond short periods.

Psychology as a Starting Point

Structured process and unstructured opportunities. Create a combination of these two to engage with every team member. Make it a frequent process. Understand every team member as an individual. Their underlying motivations will surprise you. Splitting the team members in two categories based on their desires is a good starting point:


It is a good idea to do an assessment exercise for all team members after every funding stage. Make it a codified process. This will enable the founders and leaders to have a continuous feel of the pulse. And morphing ambitions of team members. As a caution, do communicate that one shouldn't be switching functions too soon or too often. If this happens, benefits turn detrimental.

Preparation for cross-functional movement is a two-step process:


The successful movement of a team member to a new function will take a few months of concentrated effort. As a founder, you should be willing to deal with imperfection during this stage.

You may approach these movements in three structured ways:

​
Successful Examples of Functional Movements
​
Here are some examples from the above mentioned three-pronged approach. All have worked out well from early-stage startups to IPO: 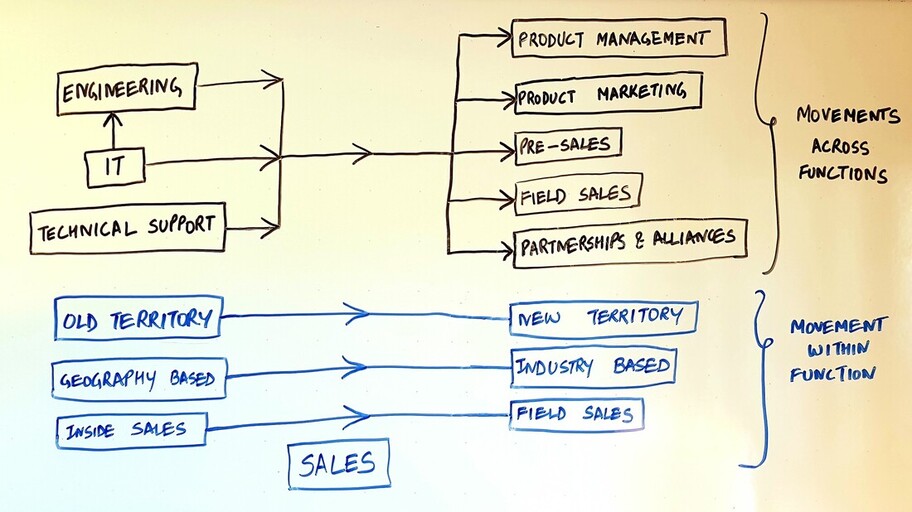 Successful Examples of Functional Movements
Form a few guiding principles for team members right when you start the startup. Ruthless reduction of layers and hierarchy among teams. Flat team structure with compensation variance based on contribution. An environment to bring out the best among every individual team member. Cross-functional movements can help achieve all these.